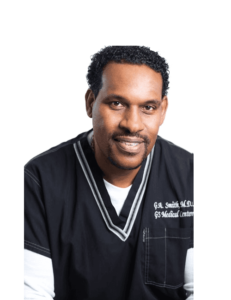 Dr. Smith is the former Director of Pain Management at Harbor UCLA and Assistant Clinical Professor at UCLA. He formed the Comprehensive Pain Relief Group Inc. in 2001 and GS Medical Center Inc. in 2004 of which he served as the President and Medical Director of both. In 2005 Dr. Smith created the Nutritional, Emotional, Social, and Physical (NESP) Program to combat addiction and chronic pain. He is currently President and CEO of Red Pill Medical, Inc., a health and wellness company with an emphasis on medical-grade cannabinoid over the counter supplements and development of cannabinoid pharmaceuticals.

In 2012 Dr. Smith formed Pain MD Productions Inc. from which he executive produced and co-wrote the feature film American Addict (2013) and American Addict 2, The Big Lie (2016). The film American Weed is in production with a scheduled release date of November 2019. “I believe people can get vital information while being entertained at the same time. Documentaries don’t have to be boring”.

He also hosted the radio show Truth, Medicine, and Politics on KABC in Los Angeles and has appeared as a guest on multiple local and national radio and television shows. He has lectured around the United States and currently resides in Redondo Beach, CA with his family.

Man on a mission 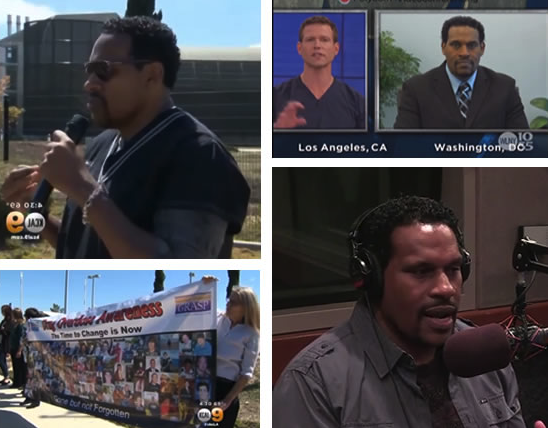 Since I was a little boy I always felt that I was here for a great purpose. Over the years I have grown to know what that purpose is. There is so much beauty and love in this world and at the same time so much pain, suffering and deception. I believe it is the deception that is linked to most of this pain and suffering, at least in America. People are thirsty for the truth and truth is difficult to find these days. People want so badly to believe in something; a cause or a person and so often they are let down by people who deceive them.

I believe everyone should be given information without bias, just the information and then, when they take a stand or make a decision, it is truly their own and they are not being manipulated, controlled or told what to think. It seems like such a simple concept but all I see in our society is the illusion of unbiased information being served up as different points of view but in all reality it is the same message being put out by multiple media outlets that have common owners. Often alternative media is not much better because they can be so cynical of anything mainstream that they criticize and discredit everything put out by the mainstream and put their bias in their analysis of the information.

Giving people clear, accurate and true information empowers them to make the best decisions for them and their family and that is my personal mission every single day.

* All CBD products are derived from organic hemp and contain less than 0.3% or zero THC. Our products are not intended to diagnose https://chronicparadise.cc/, treat, cure, or prevent any disease.
We advise that you consult your physician before starting any CBD product at .

When you have Pocket Aces, your Pre Flop Raise is called by six players at casino heroes uk. In Texas Hold'em, pocket aces are a clear favorite over any other hand. The issue is that the more opponents that view the flip, the less probable it is that your aces will win without improvement.

We're sorry to see you go!

Fill out this form to let us know you'd like to cancel your subscription. We'll review your request promptly and get back to you as soon as possible.
Download Dr. Smith's eBook Now!
What is CBD?
Take Our Health Quiz
X